Healthcare today has grown into the most frustrating and confusing money sinks you will ever have the misfortune of dealing with[1]. Few guarantees exist in the world of healthcare but one does stand out, every single one of you will have to deal with healthcare someday. As the resident Wiseman, I feel that it is my duty to pass some tips along that could save you a little money along the way. This week, we will be discussing why you do not want a doctor that says they are accepting of you and your insurance. 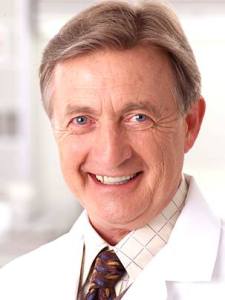 Who has two thumbs and just wants your money?

What To Expect When They Are Accepting

When selecting a new doctor there are many different factors that can play into the man or woman you eventually will trust your life to. How often does the office update the magazines in the waiting room? Do other people enjoy the music that plays in the waiting room? Are there comfortable seats in the waiting room? Oh yeah, that’s another guarantee. The waiting room, there’s no way around it. However before you check out waitingroomreviews.com[2], there is a more important factor that you must verify before making an appointment, “in network” status.

Most of us are fortunate enough to carry some sort of health insurance and that health insurance will have a specific insurance network. Insurance carriers have set up contracts with doctors’ offices thereby creating a group of “in network” providers. By staying within the network of contracted providers, you can avoid the detestable practice of balance billing. In order to show the importance of staying in your insurance network, let’s take a look at two hypothetical health care situations:

Situation 1: Frank has a potential ankle sprain and needs to go see a doctor. Frank googles “nearby doctors” and sets an appointment up with the first result that shows up[3]. At the appointment, the office asks Frank for his insurance information and new patient paperwork. Frank informs the office that he has United Healthcare and the offices assures him that they do accept UHC. Frank then gets an x-ray and the doctor confirms that the ankle is sprained. The doctor recommends using an ankle brace and resting for a few weeks. After grabbing a brace from the back room and charging Frank a $30 co-pay, Frank is sent on his way.

Situation 2: Frank has a potential ankle sprain and needs to go see a doctor. Since Frank has United Healthcare, he visits the UHC website then logs in to his account to search for doctors in the area that are within his network. After finding a potential option, Frank calls the office to affirm that the office is contracted and in network with UHC before setting up an appointment. At the appointment, Frank receives an x-ray and is diagnosed with a sprained ankle. The doctor recommends using an ankle brace and resting for a few weeks. After grabbing a brace from the back room and charging Frank a $30 co-pay, Frank is sent on his way.

In situation 1, Frank did not do anything to verify if his doctor was in network with UHC. In this case, they were actually out of network. This means that Frank will be receiving a surprise follow up bill[4] even though he paid his “co-pay” at the time of service. UHC will apply a “reasonable” portion of the charges to a separate out of network deductible instead of his lower in network deductible or co-pay. For an office visit, x-ray, and ankle brace, the office will likely bill between $600-$800 dollars and only a small portion of that will be considered “reasonable” by UHC. Even if Frank had met his out of network deductible, any amount above the reasonable rate will not be paid by UHC and the office can legally bill Frank anything above the reasonable rate. In fact, in this specific situation, the office could bill Frank any amount and hold him responsible. So much for a $30 co-pay.

In situation 2, Frank made sure to use an office that was in network with UHC. Since Frank’s insurance with UHC covers office visits with in network providers under a $30 co-pay, the co-pay was all he needed to pay.  The office will still bill $600-$800 but since they have a contract with UHC, any amount above $30 will either be discounted or paid by UHC. No surprise bill[5].

There’s only one surprise bill I would be excited about

The trick here is to check into an office using your insurance website first and then to confirm with the office that they are “in network” and not just “accepting” an insurance. Every office will accept every insurance and any money that would come their way[6]. That does not guarantee that the office has signed a contract that would protect you from unreasonable billing practices. Not every office will balance bill and some offices are better than others about helping you find out if they would be a contracted option for you. However, ultimately it is your responsibility to know the benefits of your insurance plan and to stay within your insurance network, especially if you have an HMO plan[7]. You poor sap, I will have to write an entirely different article to articulate how screwed you are[8].

To sum things up, always check your insurance carrier’s website prior to scheduling an appointment and ask the office if they are “in network” with your insurance, not just “accepting” your insurance.

[1] Edging out tough competitors like car repairs and alimony

[3] Situation 1 Frank never learned to drive stick, aka no standards

[6] If you say you would do differently, you’re a poor liar

[8] Out of network with HMO means zero benefits

A schemer, a tinkerer, and a wiseman wander into a website....
My Tweets